On the H4 chart, a lateral trend is forming, the instrument is being traded within a channel formed by the borders of Bollinger Bands; the indicator's cloud is narrowed, confirming the likely preservation of lateral dynamics in the medium term. MACD histogram is near the zero line, its volumes are minimal; the signal line crosses the zero line from below, forming a signal to open buy orders. Stochastic is in the neutral zone, and the lines of the oscillator are reversing upwards. 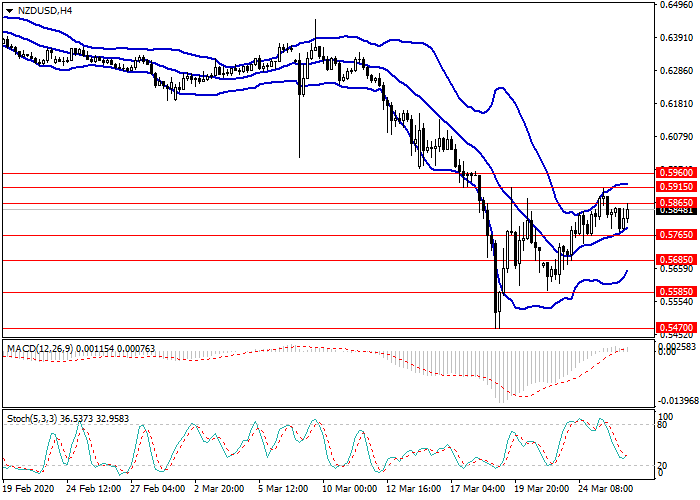 On the D1 chart, there is a downward correction, the instrument is traded between the lower and middle borders of Bollinger Bands; the indicator cloud is greatly expanded, which indicates a likely resumption of a decline after the correction. MACD histogram is in the negative zone keeping a strong signal for the opening of short positions. Stochastic is about to cross the border of the overbought area from below after which a signal for the opening of buy positions will be formed. 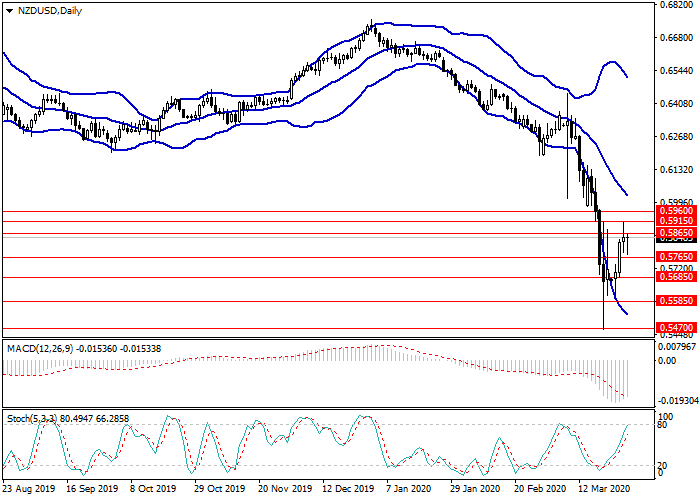