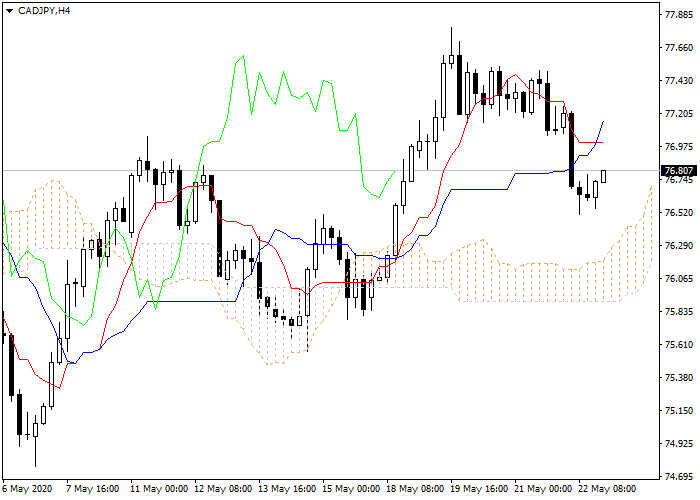 Let's look at the four-hour chart. Tenkan-sen line is below Kijun-sen, the blue line is directed upwards, while the red one remains horizontal. Confirmative line Chikou Span is below the price chart, current cloud is ascending. The instrument is trading below Tenkan-sen and Kijun-sen lines; the Bearish trend is still strong. One of the previous minimums of Chikou Span line is expected to be a support level (76.624). The closest resistance level is Tenkan-sen line (77.006). 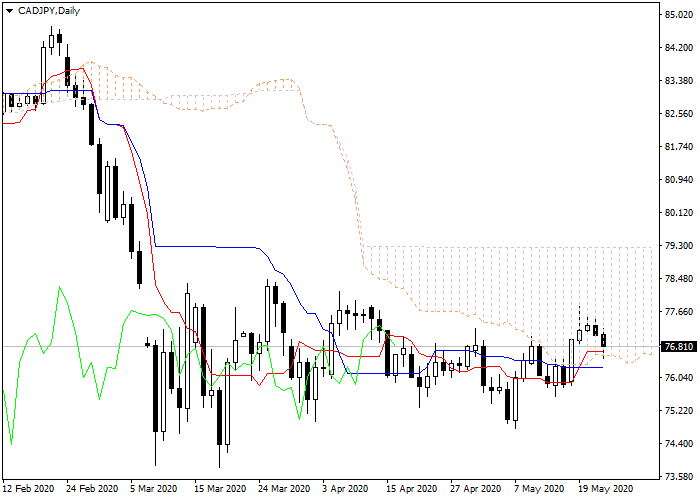 On the daily chart Tenkan-sen line is above Kijun-sen, the lines are horizontal . Confirmative line Chikou Span is above the price chart, current cloud is descending. The instrument is trading above Tenkan-sen and Kijun-sen lines; the Bullish trend is still strong. The closest support level is Kijun-sen line (76.273). The closest resistance level is the lower border of the cloud (79.252).

On the four-hour chart we can see a correction of the upward movement. On the daily chart the instrument is trading within the cloud. It is recommended to open long positions at current price with the target at the level of previous maximum of Chikou Span line (77.600) and Stop Loss at the upper border of the cloud (76.190).