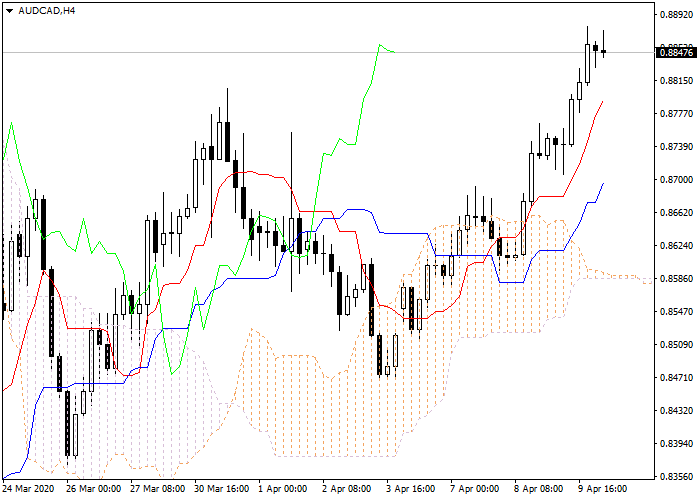 Let's look at the four-hour chart. Tenkan-sen line is above Kijun-sen, both lines are directed upwards. Confirmative line Chikou Span is above the price chart, current cloud is ascending. The instrument is trading above Tenkan-sen and Kijun-sen lines; the Bullish trend is still strong. The closest support level is Kijun-sen line (0.8764). One of the previous maximums of Chikou Span line is expected to be a resistance level (0.8991).