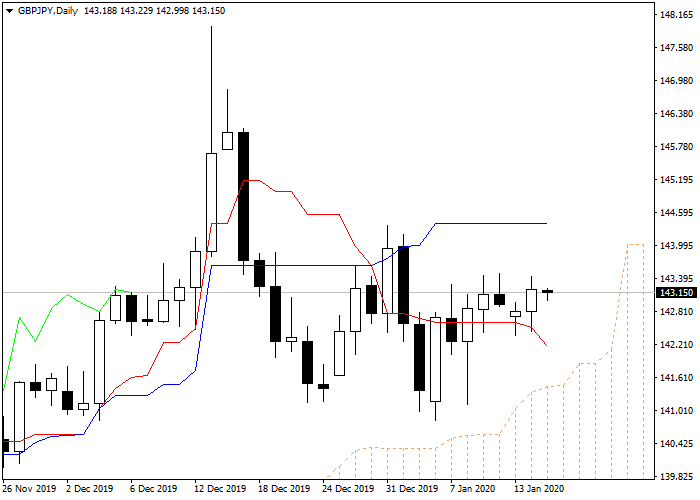 It is recommended to open long positions at current price with Take Profit at the level of previous maximum of Chikou Span (143.40) line and Stop Loss at the level of Kijun-sen line (143.00).