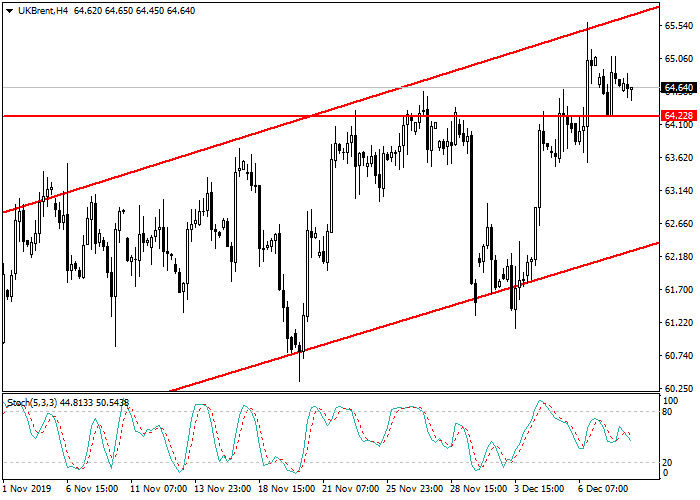 Oil continues to trade within the upward channel.

The quotes are supported by the OPEC meeting last week, following which a decision was made to reduce oil production. The total volume will decrease by 0.5 million barrels per day, and also will not exceed 1.7 million barrels. The terms will come into force in January 2020. Thus, the cartel will be able to reduce risks and maintain prices using supply and demand. On the other hand, analysts believe that this approach may not be useful in the long term due to trade wars that have a negative impact on global economic growth. However, if the US and China can sign the first trade agreement before the end of the week, then the positive trend in commodity markets may continue. The second positive factor for the "black gold" remains a decrease in drilling activity in the United States. According to a report from Baker Hughes, the number of new rigs decreased by 5 units and amounted to 663 units, which is the minimum value since April 2017.

Tomorrow, a report on changes in oil reserves from the US Department of Energy will be published.

Stochastic is at the level of 56 and does not give signals for opening a deal.

Long positions may be opened from the current level with the target at 65.47 and stop loss 64.55.