Today, during the Asian session, gold prices are relatively stable and are consolidating near the level of 1565.00, where the instrument decreased during an active decline on the eve. The negative dynamics was due to large-scale correction on the stock exchanges, however, the uncertain prospects for the spread of coronavirus continued to significantly support the course. On Wednesday, investors are focused on the start of a two-day meeting of the Fed, following which, as expected, the interest rate will not be changed. The pressure on the regulator, as before, is exerted by US President Donald Trump, who said yesterday that “the time is now” for the next rate cut, since “there is almost no inflation”.

On the daily chart, Bollinger bands are moving flat. The price range is expanding from above, indicating the continuing potential of the “bullish” dynamics in the short term. The MACD indicator is falling, maintaining a poor sell signal (the histogram is below the signal line). Stochastic is showing similar dynamics, reversing at the level of 80 and reflecting the prospects for the development of an ultra-short-term downward correction.

A developing a full-fledged downtrend is possible in the short and/or ultra-short term. 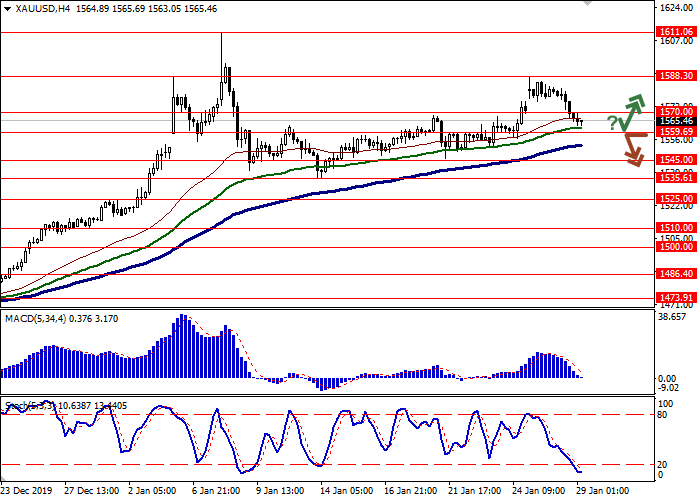