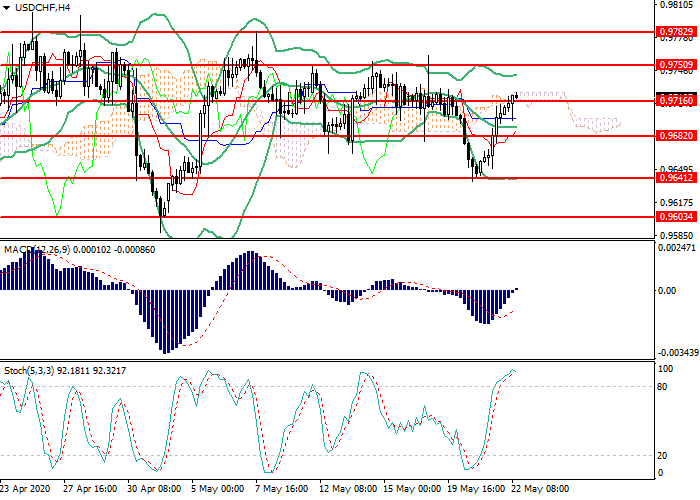 In the second half of the week, the dollar is strengthening due to increased political pressure on the PRC from the Donald Trump administration.

Washington procured arms sales to Taiwan, ignoring Beijing interests. The Senate also passed a bill that would allow to exclude Chinese companies from US stock exchanges if they could not prove the lack of ties with the PRC government. However, the strengthening of USD was limited, as China is definitely preparing a response. Yesterday, the pair received support due to the release of American statistics. The total number of US citizens receiving benefits has exceeded 25 million. Initial jobless claims also exceeded the forecast, but the growth slowed down, despite the second wave of reductions, indicating the beginning of a recovery in the labor market. The US business activity in May increased as expected, after an almost complete stop in April. The surprise was an increase in sales in the secondary housing market.

Today, there're no important publications, so the pair will continue to trade within a moderate "bullish" trend. Over the weekend, market participants will watch the development of the US-Chinese conflict.

On H4 chart, the instrument is strengthening in the upper part of Bollinger Bands. The indicator is reversing upwards and the price range is expanding, indicating the continuation of growth. MACD histogram is correcting near zero line. Stochastic entered the overbought area, a sell signal is expected in 1-2 days.